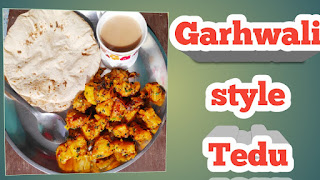 As Tedu is an ancient vegetable it was considered to have grown only in jungle or forests but as humans keep on civilization, it becomes one of the important vegetables among the people live today in villages or in hill areas.
Tedu have a lot of nutritional value and having easy digest property. This makes Tedu popular among the kids & people. Not only this Tedu is widely used in fast, the festival-like Maha Shivaratri and Navratri.

After being wash complete dry the Tedu. 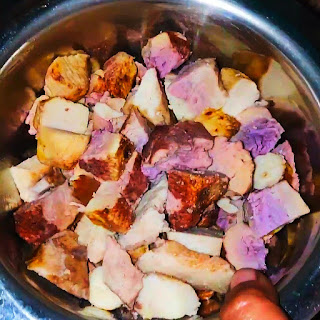 2 .cut indices and boil in water till it is well cooked.
3. Put a pan on the heat and add oil. 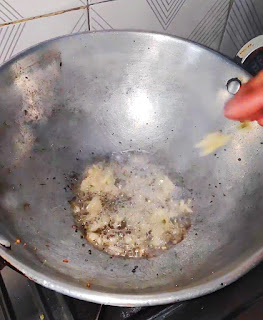 4. Add mustard seeds or jakhya and make it crackle. 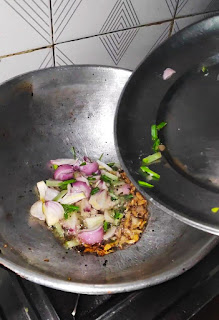 5.put onions and green chilies in the above mixture.
6.cook onion till it emits out all its smell. 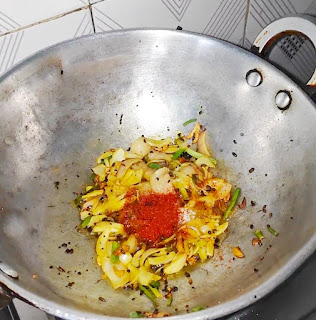 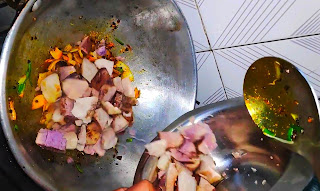 8.Add boil Tedu in the mixture and cook for 10 minutes.
9. Check if it has been done. 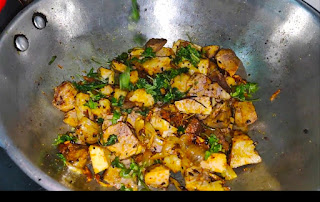 10. When done garnish with chopped coriander and serve hot with tea or Chapati.

April 11, 2020
Tedu is an ancient cultivated root plant that grows under the soil. This is the root vegetable grown the same as potatoes, carrot, radish, etc. Tedu is being extracted from the garden In this case Tedu ,  you have to dig the soil much deeper than any other ground vegetable known and sell commercially. Almost 10 kg of " Tedu" Tedu is very popular in hill areas and many villages across India. In hill areas like Garhwal Uttarakhand , it is very popular among the people's ideological beliefs and culture. Tedu is a root vegetable that comes under " kandamool " ( meaning root vegetables that are grown under the soil). kandamool traces can be found in Ramayan where Lord Rama along with his wife and younger brother Laxman, have eaten this vegetable as part of food during their exile in the forest. During cutting Coming to Tedu has connected a religious cultural bond among the people of the hill area and villagers. People in hill areas li
1 comment
Read more

May 19, 2022
Carnival crew members soon will be getting the good news o f a salary hike . as it was the long proposal by the crew members. If you compare it with another cruise line, the carnival crew was getting much less compared. it will give the crew a smile of the crew. As expected carnival will be giving a minimum 4% HIKE  to 20% to 30% i n the salary. that means now the crew will be getting AT LEAST 4% more than what they are receiving.  Working on cruising is not easy . you don't have a social life as you are too busy with day-to-day work. moreover , you are living a long-distance relationship with your family, wife, and children. all this is only to earn money.  Hence this news wil l encourage crew members to work more happily . the hike is expected to be seen or reflected in crew members' salary accounts by a week or two. At present carnival have a 24-ship fleet and more than 32000 + crew working with the company. All will be benefitted from this hike
Post a Comment
Read more